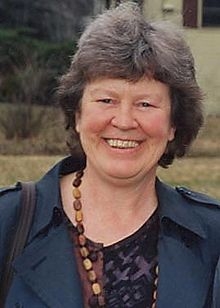 The MPI is proud and happy to announce that Barbara Partee just received the Benjamin Franklin Medal, the highest distinction of the Franklin Institute in Philadelphia.

Barbara Partee is the first cognitive scientist and linguist to receive this high distinction. This is a remarkable recognition of our field of science and of Barbara Partee’s major contributions to formal semantics. It is also a source of great joy to our Institute; Barbara has been involved with our Institute since its establishment. She spent her sabbatical year 1982-1983 with us, presented the Nijmegen Lectures, and was a frequent visitor and collaborator ever since.

The first recipients of the medal, in 1915, were the Dutch Nobel Prize winner Heike Kamerlingh Onnes and Thomas Jefferson. Later followed other Dutch Nobelists Hendrik Lorentz, Pieter Zeeman and Peter Debije. The award always went to leading physicists, such as Einstein and Bohr, chemists and engineers. Only in more recent years it became extended to life scientists.