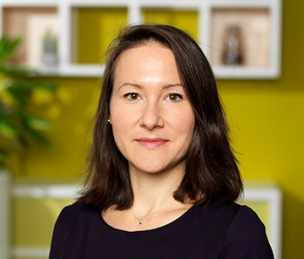 At the Neurobiology of Language Department, I am using neuroimaging (fMRI) to study situation model processing in discourse. In natural language use, speakers and listeners exchange information seldom in the form of isolated words or sentences, but usually in the frame of larger discourse, such as narratives or expository texts. In order to process the meaning of a discourse, the situation model, links between utterances within the text, but also with world-knowledge beyond the discourse need to be made. The study of the role of non-linguistic processes, such as recollecting the past and simulating the future, and their interaction with linguistic processes is of central interest here. I use fMRI to shed light on the neurocognitive processes related to situation model processing and to the sharing of situation models across speakers and listeners, which is one of the major groundings of successful communication. My core research interests lie in the neural basis of conceptual processing in discourse, in the interaction between language and non-linguistic cognitive processes (e.g., cognitive control, memory) and the activation dynamics and plasticity in their neural underpinnings.

After studying Biology (specialization Neurobiology) and Romance studies (specialization French) at the University of Vienna, Austria, and at the Free University of Brussels, Belgium, I conducted a PhD in Cognitive Psychology on cognitive control processes and their neural bases in bilingualism under the supervision of Frédéric Isel and Karine Doré-Mazars at Paris Descartes - Sorbonne Paris Cité University, France. During my PhD and in the frame of a research visit supervised by Cathy Price and David Green at the Wellcome Trust Centre for Neuroimaging, University College London, UK, I used behavioral measures and electroencephalography (EEG) to study cognitive control processes in sequential bilingualism. Subsequently, I conducted a postdoctoral research project on the interaction between phonological and semantic processing in late learners of a second language at Paris Diderot – Sorbonne Paris Cité University and at Paris Lumières – Paris Ouest Nanterre La Défense University, Nanterre, France.