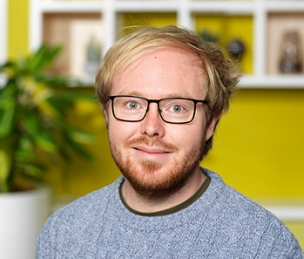 Speakers are able to vary the rate at which they speak according to the communicative situation; we can slow down and speed up at will. Yet psycholinguistic models of speech production do not account for this ability to tweak stylistic features of our speech.

My PhD project (within the Language in Interaction consortium) investigates the production of accelerated and decelerated speech, through a combination of behavioural experimentation and computational modelling. This work is supervised by Antje Meyer, Mirjam Ernestus, Hans Rutger Bosker and Louis ten Bosch.

I am also a member of the Speech Production and Comprehension PI group at the Centre for Language Studies, Radboud University.

Before coming to Nijmegen, I obtained a Research MA degree in Linguistics from Utrecht University, where I investigated the categorical nature of pitch accents (intonation events linked to focused words) in Dutch, under the supervision of Aoju Chen, and conducted a simulation study of vowel production in Apraxia of Speech under the supervision of Hayo Terband. Before that, I obtained a BA in Linguistics and Spanish from the University of Leeds.

In 2017, I was a key member of the inter-institute committee that organised the first edition of Kletskoppen, a festival about language science for children and their families. I was responsible for finances, graphic design and the website. The festival was a huge success, attracting around 300 children and their families, who were able to learn about language science through science demos, talks and other activities.
For the 2018 edition, I was responsible for graphic design and the website.

In 2016 and 2017, I was a member of the committee organising the Donders Sessions lecture series.