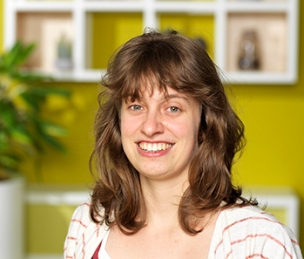 I am Merel Wolf, a doctoral researcher in the Psychology of Language and Language Development departments at the Max Planck Institute for Psycholinguistics in Nijmegen, the Netherlands. Having studied developmental psychology and language acquisition, I am intrigued by the fact humans invented writing, which allows us to effectively communicate across vast distances and even time. How does the ability to read affect people's language skills? How do various language processes differ when performed in the written versus spoken modality?

Written language is very information dense and included more infrequent words and syntactic structures compared to spoken languages. Moreover, when reading one is able to form both a visual/ orthographic representation of the information and an auditory representation through inner speech. When listening to speech, it is far less common to store the information in an an visual/orthographic form next to the auditory, spoken form. Do these differences between written and spoken format influence the efficiency of written and spoken language processing? In my PhD I seek to investigate this question.

In each of my project I look at a particular language skill -be it word recognition, word learning, word comprehension or word production- , and investigate how people's performance on this skill is influenced by the modality (written or spoken) in which the information is presented. I also tend to investigate whether these 'modality-effects' are influenced by individual differences in other skills such as their IQ, vocabulary size and reading ability.