Speaking may seem like a simple task to us but even the production of a single word involves a number of processing steps. When naming the picture of a dog, for example, we first have to think about what we want to say and how to say it (“dog”, “poodle”, or “animal”). Having made that decision, we need to find the right word among the tens of thousands of words we know as a native speaker. Having found the right word, we need to retrieve its speech sounds and build them into syllables that we can then articulate. In everyday life, we can observe the role of the different processing steps when they occasionally go wrong. We may find ourselves in a situation where we know the right word but just cannot retrieve the way it sounds (tip-of-the-tongue phenomenon), or we insert the speech sounds into syllables incorrectly, so “nice dog” becomes “dice nog”.

Theories and models developed at the MPI

A very influential theory of language production has been developed by the MPI’s very own Pim Levelt, Antje Meyer, and Ardi Roelofs. This theory assumes that the processing stages of word production are sequential. In other words, we only start retrieving the sounds of a word once we have decided on what to say and found the right word.

Peter Indefrey and Pim Levelt have developed a neural model of word production, identifying the brain regions underlying the different processing steps and the time course of their activation with sequential onsets and partly overlapping time windows. There is considerable support for this model from research using high temporal resolution neurocognitive methods, such as magnetencephalography (MEG) and transcranial magnetic stimulation (TMS). Recently, however, some researchers have reported that the activation of brain regions supporting a "later" stage of word production (e.g. retrieving the sounds of the word “dog”) can be as fast as the activation for earlier stages, such as thinking of a dog when seeing the picture of a dog.

In our research, we investigate if and under what circumstances such ‘parallel’ rather than ‘sequential’ brain activation occurs. We want to find out if, for example, early activation of a brain region where the sounds of words are stored means that those sounds are retrieved much earlier than we thought or if it may mean that our brain just ‘gets ready’ to retrieve the sounds of words when we know that we will have to do this in the next few seconds. 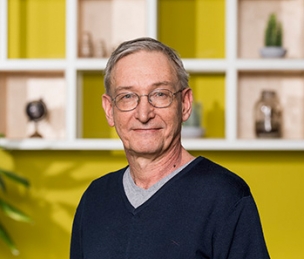 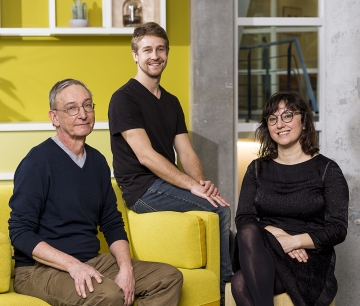 Adrian Jodzio has been awarded a grant from the Donders-BMI Exchange Trainee Programme for a collaborative project with the Language Function and Dysfunction Lab at the Donders Institute and the Language, Reading and Cognitive Neuroscience Lab at the Brain and Mind Institute (Western University) to investigate the neural dynamics of reading pathways in English.