Over the years, the MPI in Nijmegen has been home to numerous departments and research groups. Below you will find a brief overview of the work and achievements of our former colleagues.

The Language Production Department
The Language Production Department was headed by Willem Levelt from the foundation of the Institute in 1980 until his retirement in 2008. The team developed a comprehensive "blueprint" of the speaking mechanism which turns communicative intentions into articulated utterances. The Department's researchers developed chronometric experimental tools for analysing component processes. They also developed a detailed, computer-modelled and thoroughly tested theory of lexical access, the process by which lexical concepts are mapped onto articulatory gestures.
The Comprehension Department

The Comprehension Department was headed by Anne Cutler from 1993 until 2013. The group focussed on the comprehension of spoken language and how this process is affected by the phonological structure of the native language.

Publications of the Comprehension Department

Wolfgang Klein, who directed the Language Acquisition Department from April 1980 onwards, retired in March 2015. The Department primarily investigated processes of language acquisition and use from a broad perspective. It was interested in both first and second languages, and conducted research into the production as well as comprehension of speakers of different ages and cultures, and into the developmental relationship between language and cognition. In particular, the team focussed on morpho-syntax, semantics, and discourse structure.

On 31 October 2011, researchers and staff at the MPI were deeply saddened to learn of the death of Melissa Bowerman, senior scientist emerita at the MPI's Language Acquisition Department. Melissa passed away unexpectedly after a brief illness. Click here to view Melissa's publications, and here to view her curriculum vitae. 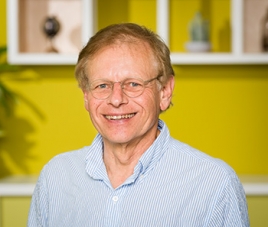 After an incubation period as the Research Group for Cognitive Anthropology (1991-1994), the Language and Cognition Department (L&C) ran from 1994-2017 under the leadership of Stephen C. Levinson.

The department had three missions:

A flagship project was the Space Project, which showed that linguistic differences correlated with cognitive differences (mental representations in memory and inference). For more information, see Levinson 2003, among others. Similar projects were also launched in other domains: event representation, language of emotions, and most recently language and perception (Majid et al. 2018).

We explored how linguistic representations linked to gesture systems and other cultural properties (Levinson et al. 2018), and were amongst the first to apply phylogenetics to linguistic evolution (Dunn et al. 2005), and modelled the cultural evolution of morphosyntax (Dunn et al. 2011) and word order (Roberts & Levinson 2017).

Here we focused on the stark contrast between linguistic diversity and pragmatic universals, and argued that the uniform interactional infrastructure for human communication is what makes it possible for infants to bootstrap themselves up into the local language, whatever its character (see Levinson 2006 and Hagoort 2019). We ran a sequence of projects on multimodality, questions (Stivers & Enfield 2010), repair (Dingemanse et al. 2015), turn-taking (Levinson 2016), and sequence organisation (Kendrick et al. 2018).

Although it is easy to exaggerate the achievements of any one department, we believe that we had the following effects:

The Language & Cognition Department has over 100 alumni, many of whom now hold influential positions in linguistics, anthropology and psychology, who we hope will guarantee the continuity of at least parts of our mission.

This affiliated research group was lead by Asli Ozyurek. The group’s mission was to understand the complex architecture of our human language faculty by looking beyond the spoken or written modalities through which language can be expressed -  by also taking into account the visible bodily aspects of language and communication and how they are used in embodied and situated contexts. Asli Ozyurek is now the director of the Multimodal Language Department.

Evolutionary Processes in Language and Culture

This former MPI group, led by Ulf Liszkowski, conducted research into the social and cognitive foundations of human communication in infancy.

The Comparative Cognitive Anthropology research group, led by Daniel Haun, was a collaboration between the Max Planck Institutes for Psycholinguistics and Evolutionary Anthropology. It aimed to explore how patterns of human cultural variation are related to variable cognitive function, and to determine the underlying set of psychological mechanisms that allow and stabilise humans' exceptional cross-cultural variability.

As the name of this former group (led by Robert Van Valin) suggests, reseach here primarily focussed on syntax, typology, and information structures. The interaction of pragmatics and grammar happens on several levels and can potentially affect grammar in various ways, from determining word order and/or prosody, to shaping the entire morphological system. Since these interactions of information structure and morphosyntactic form differ from language to language, an important question arises: what are the co-occurrence patterns of these interactions? It was this question that was at the heart of research conducted within this group.