Animals who try to sound ‘bigger’ are good at learning sounds 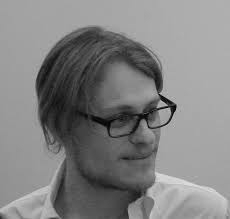 Some animals fake their body size by sounding ‘bigger’ than they actually are. Maxime Garcia from the University of Zurich and Andrea Ravignani from the Max Planck Institute for Psycholinguistics studied 164 different mammals and found that animals who lower their voice to sound bigger are often skilled vocalists. Both strategies—sounding bigger and learning sounds—are likely driven by sexual selection, and may play a role in explaining the origins of human speech evolution.

“If you saw a Chihuahua barking as deep as a Rottweiler, you would definitely be surprised”, says Andrea Ravignani, a researcher at the MPI and the Dutch Sealcentre Pieterburen. Body size influences the frequency of the sounds animals produce, but many animals found ways to sound ‘smaller’ or ‘bigger’ than expected. “Nature is full of animals like squeaky-Rottweilers and tenor-Chihuahuas”, explains Ravignani. Some animals fake their size by developing larger vocal organs that lower their sound, which makes them sound larger than you would expect. Other animals are good at controlling the sounds they produce. Such strategies (called ‘dishonest signalling’ by biologists) could be driven by sexual selection, as males with larger body size or superior singing skills (hitting very high or low notes) attract more females (or vice versa).

Garcia and Ravignani wondered whether some animals may have learned to make new sounds as a strategy to attract mates. Few animal species are capable of vocal learning, among them mammals such as seals, dolphins, bats and elephants. For instance, seals can imitate sounds, and some seals copy call types of successfully breeding individuals. Would animals who often ‘fake’ their body size also be the ones capable of learning new sounds?

The researchers analysed the sounds and body size of 164 different mammals, ranging from mice and monkeys to water dwelling mammals such as the subantarctic fur seal and the Amazonian manatee. They combined methods from acoustics, anatomy, and evolutionary biology to compare the different sorts of animals in the dataset.

The scientists found that animals who ‘fake’ their body size are often skilled sound learners. According to Garcia and Ravignani, their framework provides a new way of investigating the evolution of communication systems. “We want to expand our theory to take into account other evolutionary pressures, not just sexual selection”, adds Ravignani.  “We also want to replicate our preliminary findings with more mammals and test whether our ideas also apply to birds or other taxonomic groups.”

In their position paper, Garcia and Ravignani suggest that there may be a link to human speech evolution. “We believe that a ‘dishonest signalling’ strategy may be a first evolutionary step towards learning how to make new sounds of any sort”, says Garcia. “Speculatively, it brings us closer to understanding human speech evolution: our ancestors may have learnt how to speak after learning how to sound bigger or how to hit high notes”.