Bilingual babies prefer baby talk, especially when it’s one of their native languages, according to new study 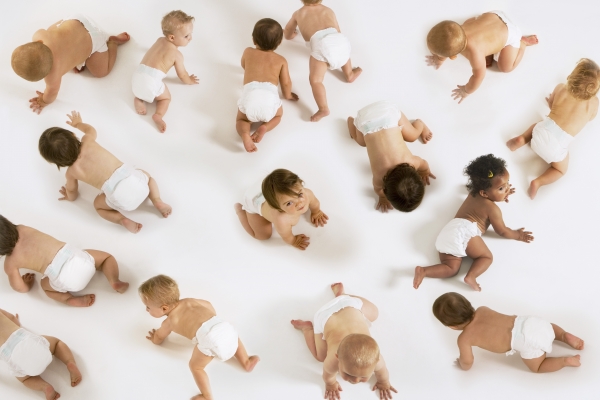 Babies prefer baby talk in any language, but particularly when it’s in a language they’re hearing at home. “Together, the results of the first two ManyBabies studies, testing monolingual and bilingual babies between three and 15 months, are the largest experimental studies on early language development. I’m thrilled that I could contribute at different stages, from design to analysis and writing the paper, even though I was a junior researcher when ManyBabies started in 2015,” says Christina Bergmann, Senior Investigator at the Language Development Department.

A unique study of hundreds of bilingual babies involving 17 labs on four continents showed that all babies respond more to infant-directed speech – baby talk –than they do to adult-directed speech. It also revealed that babies as young as six months can pick up on differences in language around them.

“We were able to compare babies from bilingual backgrounds to babies from monolingual backgrounds, and what seemed to matter the most was the match between the language they heard in their everyday environment and the language we were playing them in the study,” says primary investigator Krista Byers-Heinlein, an associate professor of psychology in the Faculty of Arts and Sciences. The study was published in the journal Advances in Methods and Practices in Psychological Science.

The study is one of the first papers published by the “ManyBabies” Consortium, a five-year, all-volunteer collaboration between researchers across the globe. This study, involving labs in Canada, the United States, Canada, United States, France, Germany, Switzerland, Hungary, United Kingdom, Australia and Singapore, tested 333 bilingual and 385 monolingual children aged between six and 15 months.
While each lab recruited and tested their participants individually, there were certain similarities across all of them. First, the bilingual babies shared at least one of their two languages with the monolinguals; second, testing procedures were held constant within each lab. Babies were separated into groups of six- to nine-month-olds and 12- to 15-month-olds.
Each baby was played short, pre-recorded tapes of English-speaking mothers using infant-directed and adult-directed speech. The researchers then measured each baby’s looking time while those recordings were playing.

A new way to conduct research

The ManyBabies project is not just an exciting research project to Byers-Heinlein; she considers it a ground-breaking example of international cooperation among peers who found ways to work together despite differences in location, language and resources.
While each lab was working autonomously in recruiting and testing their children, the consortium’s non-hierarchical nature gave researchers the flexibility they needed to conduct their research in a manner that was most appropriate to them. And by spreading recruitment over 17 different labs, the researchers also benefited from an unusually rich data set.
Byers-Heinlein describes the novel approach as a proof-of-concept. She believes the consortium can build on the experience of running this study across 17 different infant labs across the world to expand and test future research questions. “We can really make progress in understanding bilingualism, and especially the variability of bilingualism, thanks to our access to all these different communities.”

“The fact that ManyBabies projects are sharing as much materials and data as possible, and because we pay great attention to documentation, means that others can conduct secondary analyses, replicate the work in new places (for example in an ongoing project expanding this ManyBabies study to Africa). This greatly increases the value of our efforts and every baby’s contribution,” adds Christina Bergmann.