Dilay Z. Karadöller will defend her thesis on Monday 17th of January 2022 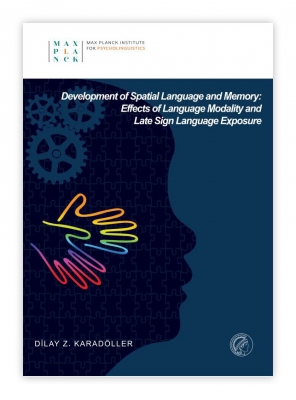 On Monday 17 January 2022, at 16.30 (CET), Dilay Z. Karadöller will defend her thesis entitled 'Development of Spatial Language and Memory: Effects of Language Modality and Late Sign Language Exposure'. Due to the restrictions surrounding the COVID-19 outbreak, and the corresponding limitations regarding number of guests allowed in the Academiezaal, the event will be accessible via live-stream. As with all defenses, it is a public event and everybody is welcome to join online.