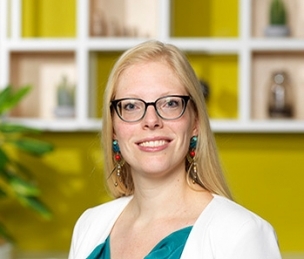 The MPI is proud and happy to announce that Dr. Else Eising has been awarded a Veni grant for her study on the genetics of stuttering. Veni is part of the Dutch Research Council (NWO) Talent Programme. The grant of 250,000 euro allows researchers to conduct independent research and to further elaborate their own ideas during a period of three years.

Finding the genes that make you stutter

While most children learn to speak smoothly and rapidly without special effort or formal education, a significant few have problems developing fluent speech. By studying the genetics of stuttering, Else Eising aims to uncover causes of this important trait, and learn about the molecular and neurobiological mechanisms that are involved in speech.

The Veni grant funds a research project that complements a large study of stuttering that Else and colleagues started in December last year . The main goal of that project is to search for common variation in people’s DNA sequences that contributes to the risk of developing stuttering.

“Receiving this grant means that I can spend the coming three years focusing closely on the genetics of stuttering, a topic that has until now been largely unexplored. The funding award will enable me to  move beyond the original planned analyses with several innovative approaches. For example, I will use the latest advances in genome sequencing to identify rare DNA variants that may be the main explanation of speech problems in families with people who stutter. And I will use the genetic data on common variants to study whether there may be causal links between stuttering and previously identified risk factors, such as Attention Deficit Hyperactivity Disorder.”

Since the start of Else’s work on stuttering almost a year ago, over 360 people have signed up for the study. RTL4, Radio 1 and NOS Jeugdjournaal reported on both the research and the search for new participants.

For Else Eising the MPI for Psycholinguistics is the perfect institute to perform research on the genetics of a speech disorder like stuttering.

“With a department dedicated to studying how genes contribute to language, it employs many experts on the molecular basis of human communication and related traits. The MPI is a highly interdisciplinary environment, encouraging active collaborations with experts within and outside of the institute, something which is vital for large-scale genetics research to be successful.”

Stuttering is one of the most common developmental disorders; some 60 million people in the world stutter. As well as impairing speech skills, it can have a great impact on a person’s social and emotional wellbeing, and is related to lower education and employment levels. Better understanding of the biological mechanisms may eventually lead to improved targeted treatment possibilities, and also to more acceptance by society and people who stutter themselves. Besides supporting this long-term goal, Else’s project is designed to have practical implications for people who stutter on a shorter timeframe. For example, her family studies will indicate whether and how often stuttering may be caused by rare DNA variants, helping to ascertain whether clinical diagnostic genetic testing might be helpful.

About the NWO Talent Programme