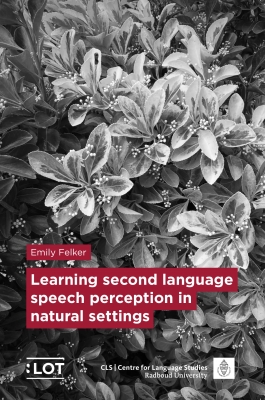 On Thursday 10 June 2021, at 16.30, Emily Felker will defend her thesis entitled "Learning second language speech perception in natural settings''. Due to the restrictions surrounding the COVID-19 outbreak, and the corresponding limitations regarding number of guests allowed in the Academiezaal, the event will be accessible via live-stream. As with all defences, it is a public event and everybody is welcome to join online.

In this thesis, Emily Felker investigated several mechanisms for improving second language speech perception. During dialogue with a native speaker, listeners were shown to adapt to an unfamiliar accent on the basis of corrective feedback from their interlocutor, as well as from visually presented lexical information that constrained their interpretation of their interlocutor's speech. Moreover, explicit phonetic instruction was shown to improve listeners' phonological awareness and perception of second-language speech sounds. Finally, and more broadly, this thesis described and validated two methodological innovations that can enrich psycholinguistic research on conversational speech processing.