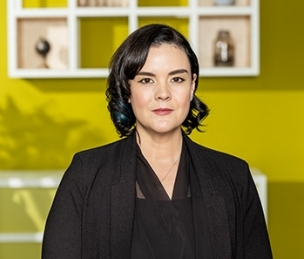 The MPI is proud and happy to announce that Sonja Vernes has been granted an ERC Consolidator Grant for her BATSPEAK project proposal. Vernes is an MPI Research Group Leader, she heads the Neurogenetics of Vocal Communication group.

The ERC today announced the winners of its latest Consolidator Grant competition for mid-career researchers. The funding is part of the EU’s current research and innovation programme, Horizon 2020, and worth in total €655 million. With this support, the new grantees will be able to consolidate their teams and have farreaching impact.

ERC President Professor Jean-Pierre Bourguignon, said: “This funding not only empowers bright minds from across Europe to pursue their most ambitious ideas at a critical stage of their careers, but also helps train the youngest generation of researchers as members of their ERC teams. To prepare for the challenges of tomorrow, Europe must stick to the vision of investing in frontier research, which has proved time and again its crucial added value. That is why so many count on Europe’s leaders to endow the “Excellent Science” pillar of Horizon Europe with the resources essential to strengthen Europe as a whole.”

Women applicants gain ground 37% of grants were awarded to female researchers, the highest proportion since the start of the Consolidator grant scheme. Overall, the success rate for women was 14.5% and for men 12.6%.There were also changes in success rates for two of the three domains into which projects are divided for evaluation purposes. In the Physical 2 of 3 Sciences and Engineering domain the success rate of women exceeded that of men: it was 16.9% for women and 12% for men. In Life Sciences domain women won 15% and men won 12.9% of the grants. Research projects in 23 countries The grantees will carry out their projects at universities, research centres and companies in 23 different countries across Europe, with Germany (50 grants), the United Kingdom (50), France (34) and the Netherlands (29) as leading locations. For the first time, a project based in the Ukraine, a Horizon 2020 “Associated” country, will also be funded by a Consolidator Grant. Almost 40 different nationalities In this call, researchers of 39 nationalities received Consolidator Grants: the most numerous were Italians (47 grants), Germans (45), French (27), and British (24).