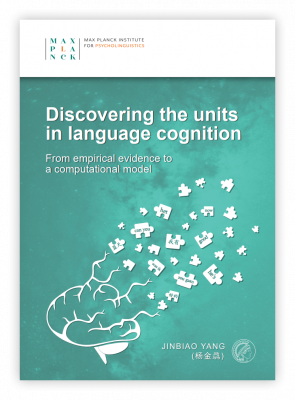 On Tuesday 20 September 2022, at 12.30 (CET), Jinbiao Yang, 杨金骉, will defend his thesis entitled ‘Discovering the units in language cognition: From empirical evidence to a computational model’. A limited number of guests is allowed in the Academiezaal. The event will also be accessible via live-stream.

Language is often viewed as a sequence of discrete units. Most people may intuitively determine the units by the spaces, punctuations, and other distinct markers. Linguists found the distinct units insufficient to represent complex language and introduced more types of linguistic units. However, are these units the genuine units that we memorize, perceive, and produce in our daily life?

Link to the pdf