Large study compares the brains of left-handers and right-handers 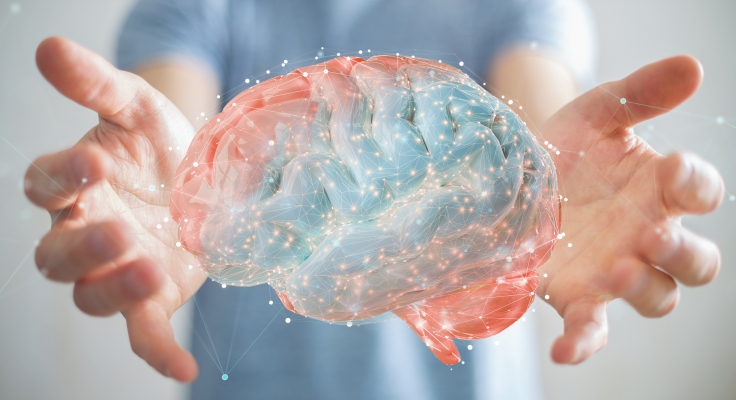 Roughly ten percent of people are left-handed, but the neural basis of handedness has been unclear. An international team led by researchers from the Max Planck Institute for Psycholinguistics and the Donders Institute in Nijmegen investigated brain image and genetic data of 3,062 left-handers and 28,802 right-handers. Left-handedness was associated with differences in brain asymmetry in areas related to working memory, language, hand control and vision. Some of these brain areas were linked to specific genes.

Scientists have long been fascinated by left-handedness. This is because left-handedness is related to brain asymmetry: the way that the two brain hemispheres are specialised for different functions. In right handers, the left hemisphere controls the dominant right hand, whereas the situation is reversed in left-handers. Most people also have left hemisphere dominance for language, but this is more often reversed in left-handers. As MPI’s Clyde Francks explains, “Hemispheric specialisation is important for language and other cognitive functions. Various psychiatric traits involve increased rates of left-handedness, including autism, schizophrenia and intellectual disability – although of course most left-handed people do not have these.” But how exactly is hand preference related to brain asymmetry, and what role do genes play?

To investigate the neural and genetic basis of left-handedness, researchers from the Max Planck Institute for Psycholinguistics and the Donders Institute in Nijmegen collaborated with an international team of scientists from the University of Bordeaux, the Basque Center on Cognition, Brain and Language in San Sebastian, and the University of Oslo. To examine differences between left-handers and right-handers, the team used images from a large dataset (the UK Biobank) to measure asymmetries. According to postdoctoral researcher Zhiqiang Sha, “It took around three months of processing on twelve computer cluster servers, running in parallel”. Francks adds “If we could map which parts of the brain are linked to handedness, and examine the genetic effects on these brain regions, then we could start to understand which other brain functions might be linked to handedness as it develops in individuals, or were linked during our evolutionary history”.

Right-handers differed on average from left-handers in their brain asymmetry in ten specific regions, spread widely across the brain’s surface. In all ten of these regions, the grey matter of the right hemisphere tended to be relatively larger in left-handers, consistent with increased neural resources to support that hemisphere’s role in controlling the left hand. “This is the first time that specific parts of the brain’s anatomy have been linked confidently to handedness”, says Francks.

The scientists also discovered that genetic influences on handedness were associated with brain asymmetries in language-related regions. Interestingly, one of the implicated genes is NME7, which is also known to affect the positions of body organs—such as the heart or liver—on the right or left side of the body.

According to Francks, handedness and language may be partly linked to each other during human brain development, and might have shared an evolutionary history. “Gestural communication may have been an important part of early language evolution, or perhaps hand control and language share a certain type of neural information processing that is particularly well supported by the left hemisphere in most people.”

However, Francks stresses that the differences in brain anatomy between left- and right-handers were only visible as slightly different averages between the two groups, while the variation in both groups was largely overlapping. “We did not find a clear ‘marker’ or ‘signature’ in the brain’s anatomy that can predict whether someone is left-handed.”