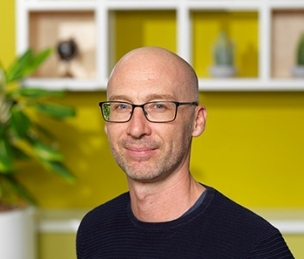 The MPI is proud and happy to announce that Senior Investigator Evan Kidd has been named Australia’s leading researcher in Language and Linguistics. The prolific Australian-born linguist is an expert on child language development. He is an Associate Professor at The Australian National University (ANU) in Canberra, and since 2017 has been a Senior Investigator at the Max Planck Institute for Psycholinguistics in Nijmegen, the Netherlands.
Evan Kidd has written extensively about how children and adults learn and process language. His interests are wide, covering such diverse topics as morphosyntactic development, individual differences in language across the lifespan, crosslinguistic influences on language development, and the relationship between symbolic play and language.
In a research supplement, national newspaper ‘The Australian’ listed all Australian-based researchers who are ‘on top of their game’. The top researchers in more than 250 academic fields were selected by analysing citations derived from the freely available Google Scholar database.