A new map of asymmetry in the human brain 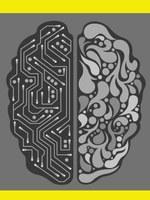 A research team led by the MPI for Psycholinguistics has compared a massive number of 17,141 brain scans to examine the similarity in anatomy of the left and right brain halves. The brains of people from all over the world, male or female, young and old, appear asymmetrical on average. The results are immensely valuable to neuroscientists - to be used as a solid reference for studying both the healthy and the diseased brain.

We all have a ‘left’ and a ‘right’ brain (hemispheres), which do different things. For example, in about 90% of people, the left hemisphere is dominant for the use of language and controlling hand movements. This asymmetry in brain function between left and right seems to be an important feature for the healthy brain: Dyslexia or language impairment, and also psychiatric disorders such as autism or schizophrenia could involve a deviation in asymmetry. But is the healthy brain actually asymmetrically shaped? What influence do biological factors, such as our age, sex and our genetic make-up have on this? These are questions for which there were only inconclusive answers.

A new study by more than 270 researchers has delivered new ground-breaking insights today in the journal Proceedings of the National Academy of Sciences. “The differences between the left and the right brain are quite subtle,” explains Clyde Francks, geneticist and neuroscientist of the Max Planck Institute for Psycholinguistics (MPI). “If you try to study those differences in a small number of people you end up finding a lot of noise, due to differences of the brain scanning techniques or differences between studied populations. Now, via the large ENIGMA consortium, we have been able to study brain asymmetry of healthy people in a very much larger sample size.”

The largest ever anatomical study on asymmetry

A research team, led by Francks, is now able to map the asymmetrical anatomy of the average healthy brain - through analysing structural brain scans (MRI data) of 17,141 participants aged 3 to 90 years and of diverse ethnic backgrounds. Xiang-Zhen Kong, first author of the study, collected MRI data and analyses from 99 research groups. It is the largest ever anatomical study of the cerebral cortex - the most outer layer of the brain’s grey matter under the skull that serves sensory, motor and cognitive functions - and its subregions.

Mapping brain asymmetry with global team collaboration. Ninety-nine cohorts and 270+ researchers from the ENIGMA consortium were involved in this study. Image courtesy of Xiang-Zhen Kong.

What are the most important findings?

The typical brain has various asymmetries

The study provided much needed insight into the definite asymmetrical structure of our brain: Compared to the right cortex, the left cortex is relatively thicker at the front (above where the eyes are), but thinner towards the back.

In the subregions, differences in asymmetry were found in regions involved in functions that occur dominantly in one side of the brain, such as the processing of language, but also the perception and memory of spatial relationships among objects.

Also, the effect of sex and age was assessed - and whether the structure of our cerebral cortex is passed onto us through our DNA. This is what was found:

By combining an enormous amount of separate MRI data collections from around the world, the team has built a hugely valuable database of information about the asymmetry in the brain. “Our results provide the field with a useful resource for future studies of human brain anatomy in health and disease,” Kong says. A next set of studies via the ENIGMA consortium will measure exactly how people with various psychiatric disorders compare with healthy controls.

“The asymmetries of brain anatomy which were mapped in this study are probably related to how the left and right hemispheres differ from each other functionally. The variability in asymmetries that were found may contribute to differences between people in their cognition and behaviour,” Francks ends.

Francks, Kong and their colleagues have created an on-line resource for researchers which contains the full study results. You can find it here: http://conxz.github.io/neurohemi/