The role of variability: from playing tennis to learning language 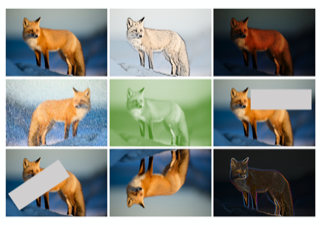 The effect of variability on learning is recognised in many fields: learning is harder when input is variable, but variability leads to better generalization of the knowledge we learned. In this review, researchers from the Max Planck Institute of Psycholinguistics, University of Glasgow and Vrije Universiteit Brussels bring together over 150 studies on variability across domains, including language acquisition, motor learning, visual perception, face recognition and education, shedding light on the underlying mechanisms behind variability.

Variability is crucially important for learning new skills. Consider learning how to serve in tennis. Should you always practice serving from the exact same location on the court, aiming at exactly the same spot? Although practising in more variable conditions will be slower at first, it will likely make you a better tennis player at the end. This is because variability leads to better generalisation of what is learned.

This principle is found in many domains, including speech perception, grammar, and learning words and categories. For instance, infants will struggle to learn the category ‘dog’ if they are only exposed to Chihuahuas, instead of many different kinds of dogs (Chihuahuas, Poodles and Great Danes).

“There are over ten different names for this basic principle!”, says MPI’s Limor Raviv, the senior investigator of the study. “Learning from less variable input is often fast, but may fail to generalise to new stimuli. But these important insights have not been unified into a single theoretical framework, which has obscured the bigger picture.”

To identify key patterns and understand the underlying principles of variability effects, Raviv and her colleagues reviewed over 150 studies on variability and generalisation across fields, including computer science, linguistics, categorization, motor learning, visual perception and formal education.

The researchers discovered that, across studies, the term variability can refer to at least four different kinds of variability, such as set size (e.g. the number of different examples or locations on the tennis court) and scheduling (e.g. practice schedules with different orders or time lags). “These four kinds of variability have never been directly compared—which means that we currently don’t know which is most effective for learning”, says Raviv.

The impact of variability depends on whether it is relevant to the task or not (arguably, the colour of the tennis court is not relevant to serving practice). But according to the ‘Mr. Miyagi principle’ (inspired by the 1984 classic movie Karate Kid), practicing seemingly unrelated skills (such as waxing cars) may actually benefit learning of other skills (such as martial arts).

But why does variability impact learning and generalisation? One theory is that more variable input can highlight which aspects of a task are relevant and which are not (colour is useful for distinguishing between lemons and limes, but not for distinguishing between cars and trucks).
Another theory is that greater variability leads to broader generalisations. This is because variability will represent the real world better, including atypical examples (such as Chihuahuas).
A third reason has to do with the way memory works: when training is variable, learners are forced to actively reconstruct their memories.

“Understanding the impact of variability is important for literally every aspect of our daily life. Beyond affecting the way we learn language, motor skills, and categories, it even has an impact on our social lives”, explains Raviv. “For example, face recognition is affected by whether people grew up in a small community (fewer than 1000 people) or in larger community (over 30,000 people). Exposure to fewer faces during childhood is associated with diminished face memory”.

“We hope this work will spark people’s curiosity and generate more work on the topic”, concludes Raviv. “Our paper raises a lot of open questions. For example: Is the relationship between variability and learning broadly similar across species, or are there species-specific adaptations? Can we find similar effects of variability beyond the brain, for instance in the immune system?”