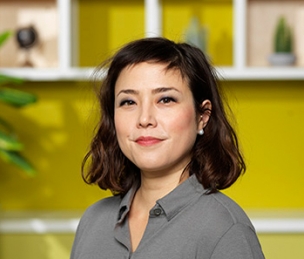 I am interested in how language is represented and processed in the mind and brain, and in discovering the computational mechanisms and principles that underlie language processing.

I have a BA in Cognitive Science from Hampshire College (2004), and an MA and PhD in Experimental Psychology from New York University (2006, 2010; supervisor: Professor Brian McElree). My PhD work used the speed-accuracy tradeoff procedure and eye-tracking during reading to study the processing of ellipsis from a cue-based memory perspective. From 2010-12, I was a post-doc at the Basque Centre on Cognition, Brain and Language in Donostia-San Sebastian, Spain, where I used electrophysiology to track retrieval interference during language processing. From 2012-2017, I was a lecturer in Psychology in the School of Philosophy, Psychology, and Language Sciences at the University of Edinburgh. I joined the Psychology of Language department in September 2016 and became Senior Investigator in 2018.

In 2019 I became a Max Planck Research Group Leader. The group "Language and Computation in Neural Systems" (LaCNS) is embedded both at the MPI and at the Donders Centre for Cognitive Neuroimaging (DCCN). I became a principal investigator at the DCCN in 2019.

I am interested in developing a unified theory of how a physiological system like the brain can represent the wealth of expressions available to us in human language. Words can be combined together (or "composed," in Linguistics) into endlessly novel phrases and sentences; theories in Philosophy and Linguistics account for the functional independence of words and sentences as a byproduct of the fact that language and thought are symbol systems: systems of structured representations that separate a ‘variable’ (e.g., the role in a sentence) from a particular value (e.g., the particular word or entity). How the brain achieves compositionality remains unaccounted for in neurobiological, psychological, and computational theories of language. Similarly, the debate about whether and how symbolic computation might be realized in the brain, or in artificial neural networks or other brain-like models, persists and remains vigorous across cognitive science and artificial intelligence. The LaCNS Group fills this foundational gap via a determinedly interdisciplinary approach. We synthesize fundamental insights from the language sciences, computation, and neuroscience. The core of our vision is to capitalize on the role of “rhythmic computation,” as seen in neural oscillations, to achieve symbolic representations in brain-like systems, and then determine, through neuroscientific experiments, if the brain solves the problem in a similar way.